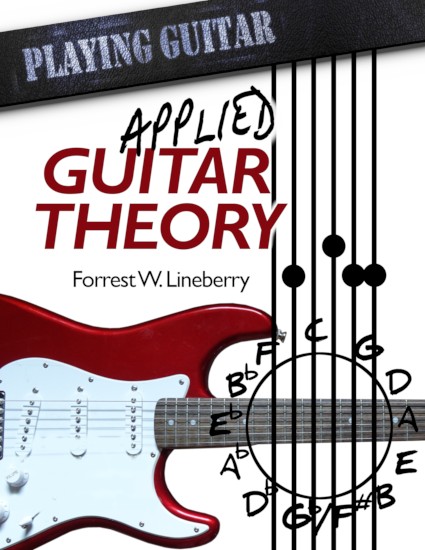 What is Music Theory?

Many people see music theory as a set of rules that dictate how you are supposed to compose and play music. This view causes a lot of musicians to avoid having anything to do with the subject on the grounds that studying music theory is going to rob them of their creativity. Fortunately this view is completely wrong and unnecessary.

Music theory is the study of how notes are used, pure and simple. It doesn’t matter whether we look at an ancient chant from centuries ago or a modern Hip Hop beat from last week. Music theory is a means by which we can look at the way each composer has used things like form, pitch, or rhythm and decide how to label and categorize these musical elements. In it’s purest form, Music theory makes no judgment about how you should do something. It merely observes and describes what it sees

The mistaken idea that music theory as a set of rules telling you what to play is due, in large part, to how music theory is taught. If I’m trying to teach you a scale and you play a note that is not in that scale, I’m going to tell you that you played a wrong note. The note you played is not in the scale. This is not saying that you should never play notes that are not in the scale. In fact there are many common instances where playing a note that’s not in the scale is the best thing to do. That’s not what we’re doing at the moment, though. We’re trying to learn the scale. In order to play the scale correctly you have to play only the notes that belong to the scale.

You find the same circumstances at the university level. If a student is studying counterpoint, there are certain steps to follow in order to learn the craft. If a student turns in an exercise that doesn’t adhere to these steps, the professor is going to tell them they did it wrong. Again, it’s wrong because it didn’t demonstrate that the student understood the steps and was able to use the steps to build a piece of music. It’s not wrong because you “ain’t supposed to use those notes”

It’s common for people who are new at learning music theory to start seeing patterns and formulas where everything in music seems to fit together nicely. When they encounter a note that’s not in the scale, they see it as a wrong note, because it doesn’t line up with the formula they know. This is the music theory trap. There are messages almost daily in online discussions asking why a certain chord is “ok” when it doesn’t fit the key. There are equal amounts of posters advising other posters that you have to try and make everything “fit the scale”. All of this is just an indication that the music theory knowledge being demonstrated is still in the beginning stages. You can avoid this trap by remembering that music theory doesn’t tell you what to do. It describes what you do. The same is true for everybody else, too.

Music theory, by itself, is not important. The sounds that music theory describes are important. If something sounds good to you it is good. That’s the only rule that matters. Use music theory to understand what things sound like.

At it’s core, music theory is a method for organizing and categorizing musical sounds. This organization gives you the ability to learn new music more quickly. If you’re trying to learn a new song and you can recognize the chords and scales used, you can concentrate on the order and structure of the song. If you recognize the order and structure of the song, you might only have to be concerned with what key the song is based on,.Organization also gives you the ability to create music more quickly. Say you’re fooling around on the guitar and play a couple of chords that sound nice together. If you can recognize the types of chords you’re playing and see if they have a scale in common, you will have a better idea of other chords that might also sound nice or which notes are likely to make a nice melody to go with your chords. Or, imagine you’re jamming with a friend and want to take a solo over the rhythm he’s laying down. By knowing the types of scales that work well with the chord progression you friend is playing, you can immediately sound like you know what you’re doing rather than hunting around on the fingerboard for some good notes to play.

Music theory can be the springboard for improving your skill on the guitar as well. Something a simple as practicing scales up and down the fingerboard can significantly increase your accuracy and fluidity with playing single note lines and solos. The finger coordination benefits from this practice, alone, will transfer into everything else you play on the guitar. By learning scales and chords in every key covering the entire fingerboard, your ability to play in new areas of the neck will improve. You won’t feel stuck in one or two positions.

The more well-versed you are in organizing and understanding how to use the building blocks of music, the better musician you will be.

What is Guitar Theory?

The lessons presented here are specific to how music theory applies to the guitar fingerboard and making music on the guitar. The concepts, however, apply to all instruments and music made on those instruments.

How to Learn Music Theory

The easiest way to learn music theory is with an organized, step-by-step approach. These lessons are arranged in a logic order with one lesson leading to the next. While it’s possible to learn theory subjects in a different order than presented here, I’ve found through many years of teaching that most points of confusion happen when you take these subjects out of order. A student having difficulty understanding a given concept can usually be traced to a lack of knowledge in an area covered by a previous lesson. My aim is to give you each piece of the puzzle in such a way as to minimize confusion and speed learning and understanding while avoiding as many pitfalls as possible along the way.

Your job is going to be to apply yourself seriously to understanding the concepts and spending time practicing the exercises and drills I suggest at the end of each lesson. Every attempt has been made to point out how to apply theory concepts to actual music and playing situations. You will learn this stuff by using it. In using it, you’ll see the great value music theory has to offer the musician.