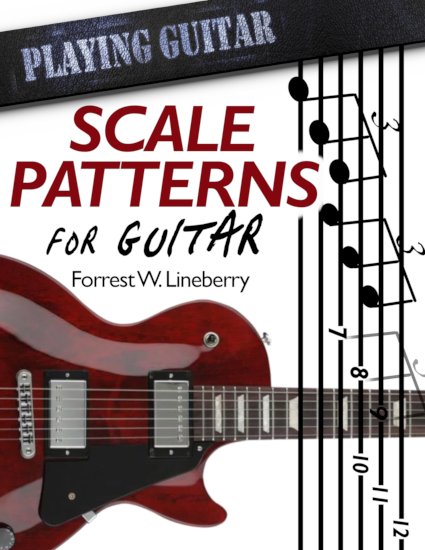 What’s in this Book

This book was written to answer the question of how to turn a scale into music. Practicing scales has been used for centuries as a method for developing technical facility on any given instrument. While many guitar players avoid scales like their very life depends upon it, those who do venture into scale work invariably reach a point where they become frustrated with their progress. The modern-day guitarist is often called upon to construct or even improvise lead lines and solos. For this, scales are an important tool. But practicing the scale straight up and down for hours on end leads to a point where the player feels that every lead line they play sounds like it’s just going straight up and down the scale.

So, how do you not sound like you’re just playing straight up and down the scale?

One answer to this question is the scale sequence or melodic pattern. A scale sequence is a short melody played from each note of a scale in turn. Along with practicing scales, sequence drills have also been used for centuries as an important bridge between merely learning to play scales up and down and using the scale for playing music.

This book is a collection of 134 individual scale sequences that I’ve put together over the course of my several decades of practicing, playing, and teaching guitar. By practicing sequences, you are not only training your picking hand and fretting fingers to play the notes of the scale, you’re training your ears to recognize what it sounds like to make music out of the scale, and you’re training your eyes to recognize melodic shapes and patterns on the fretboard. You may even hear a few familiar melodies. Composers and songwriters over the centuries have used sequences for writing music in every genre and style. Renowned soloists from Eric Clapton to Yngwie Malmsteen have relied on scale sequences to add drama to their playing and to show off their technique.

Scale sequences show up everywhere in music, and, with this book, together with a little practice, they’ll become your new best friend.

Beethoven and you… or What are Sequences?